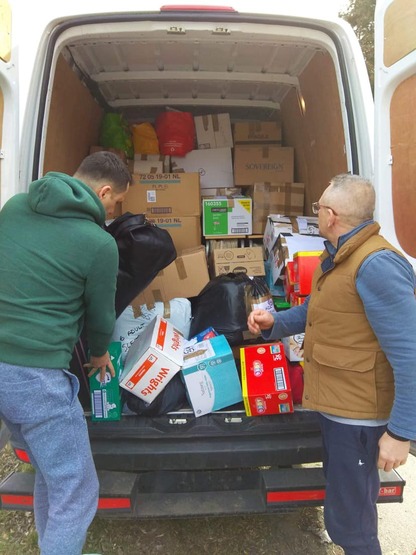 A large supply of motor vehicle dealers’ supplies to help Ukrainian refugees fleeing the war from Russia has been delivered to the city of Zamosc in Poland.

The Mercy Mission, coordinated by former body shop boss Steve Taylor in Poland, along with Autoclenz manager Steve Jones and former dealership group manager Lisa Ford in the UK, assured that essentials, from sleeping bags and sanitary items to food and medicine, have reached the town in eastern Poland which has been inundated with people seeking shelter from attacks by Russia against Ukraine.

With support from Mercedes-Benz Retail Group, Autoclenz and Big Yellow Storage, the group collected donations from motor vehicle retail employees and others and sent the first load of vans on Friday afternoon .

Essex-based Lisa Ford shared a photo of the finish on Saturday: “The two Steves, same motor business history but their paths had never crossed until today when Steve Jones, after driving for 24 hours alongside Jevgenij Derevianko, met with Steve Taylor in Zamosc to bring the help of car industry players to the people of Essex It’s fair to say it was an emotional reunion.

Taylor, a former director of an accident repair group in London, has lived in Zamosc for several years since emigrating to Poland.

“For anyone in doubt of the scale of the crisis facing small Polish towns like Zamosc, Steve Taylor watched over 2,000 Ukrainian women and children arrive on Wednesday night alone, only to find there were no place to live in. The situation is both desperate and constant,” she said.

Anyone who wants to support the project can visit Taylor’s JustGiving page here or there’s an Amazon wishlist of donations here.