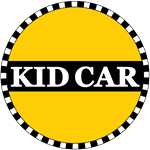 “We want to make it safer and easier for parents to travel with their children, and with car seats properly installed at both ends of the trip, parents have one less thing to worry about, â€said CEO and Founder Topher McGibbon.

Kid Car was launched in New York in 2006 and received accolades for increasing the safety of children in cars. Commenting on the Kid Car ad, McGibbon said, â€œFor 15 years families visiting New York have been asking ‘When is Kid Car coming to? [my city]? ‘ The answer is ‘very soon. â€Kid Car will announce additional cities ahead of Thanksgiving and has indicated that its expansion in the United States will continue through 2021 and 2022.

All baby-back reservations and rentals are made in advance via the Kid Car app, available for download at www.KidCar.com.

About the children’s car: Kid Car is a New York-based car service founded in 2006 to meet tThe leading cause of death and acquired disability in children over one year of age in the United States: automobile accidents. Kid Car remains the only car service to offer professional controlled drivers, properly installed car seats and the ability to reserve a choice of vehicles with as little as 2 hours’ notice. Parents book airport trips, local trips, school transportation, and baby gear rental through the Kid Car app.
More information: www.KidCar.com

A video accompanying this announcement is available on

May 18, 2022
Authorized dealers vs independent garages, which is better for a car service?