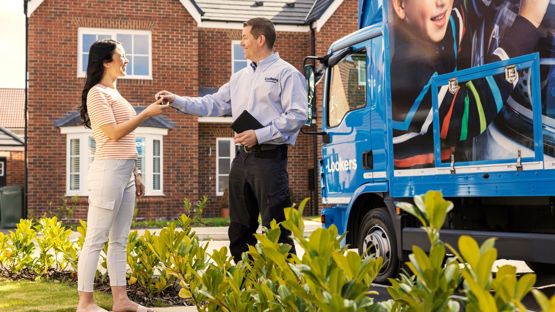 Lookers performed better than expected in the first half (H1) of the year with underlying pre-tax profit reaching £47.2 million.

That figure was down 5.6% year-on-year from £50m, although the group said the same period in 2021 benefited £12.7m from government support.

Revenue of £2.23 billion was generated by aftermarket and used cars.

“We also made excellent progress with our strategic priorities.”

This includes continued expansion with the premium electric brand Polestar and progress with a number of new brands and electric-only entrants.

Lookers is currently working on a non-franchised used car concept at an eight-acre ‘Full Cube’ site in the North East which could become a model for other parts of the UK.

The group is looking to repurpose an existing site before launching it in the second quarter of next year.

If successful, a “handful” of other Full Cube used car sites would follow.

The company is also focused on expanding its SMART and cosmetic vehicle repair business with 50 fixed sites and 20 mobile solutions expected to be in place before the end of 2023. Half of the rollout is expected to occur by end of this year.

Lookers expects the SMART repair business to realize a potential increase in profits of up to £30 million over the medium term.

Duncan McPhee, COO of Lookers, told AM: “We are cautiously optimistic for the second half.

“We have a good bank of new car orders and September will provide a good indicator for what is to come.

“Some OEMs are less affected than others, but I expect a level of normalcy with new car supply is unlikely before the second half of 2023.”

Although Lookers is investing heavily in facilitating the sale of electric vehicles for its new car brands, it is also aware of the long-term impact on aftermarket profitability.

Electric vehicles offer a smaller aftermarket profit opportunity and so Lookers seeks to compensate for this with its SMART repair plans.

McPhee said: “We used to outsource all of our cosmetic repairs outside of the company, but we think there is a huge opportunity.

“We will start with internal work, but from there we will prospect after-sales customers and later we will also look at business-to-business work.”

McPhee added that there is also a “long tail” to continue servicing internal combustion engines (ICEs).

He also said the company is focusing on retention to keep customers in the network through service plans and extended warranties.

McPhee doesn’t foresee a “cliff edge” decline in used car prices on the horizon, but expects further easing as new car supply issues begin to resolve in the year next.

He said: “Used car prices will continue to be driven by the supply of new cars.

“We also increased our finance penetration from 27% in the first half of last year to 48% this year. This added a further £7m in gross profit.

“So I think whatever happens with prices, there is still an opportunity to be seized with increased F&I volumes to protect used car gross profits.”

This is in addition to Lookers’ focus on inventory control across the group with a strict metric that no more than 10% of used car inventory can be 60 days old.

McPhee said that while the cost-of-living crisis will likely affect its future order intake, he is confident the company has a sufficiently diverse portfolio of premium brands where consumers may be less affected.

He said: “We have a large base of customers and brands ranging from Ferrari to BMW, Mercedes-Benz and Land Rover.

“We are high on demand and I think we can do a better job of converting those opportunities in the second half.

“I think it can be easy to convince yourself of a recession and that’s not something we want to do.”