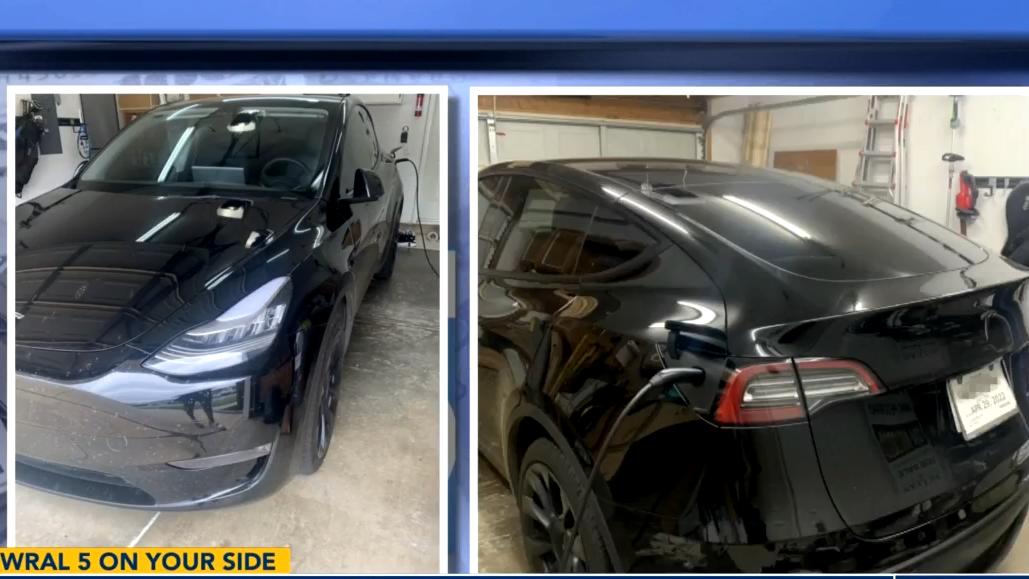 By Keely Arthur, WRAL 5 on Your Side Reporter

Customers tell 5 On Your Side that they’re having a new problem with online car dealership Vroom.

5 On Your Side previously reported that several Vroom customers said the company took up to four months to deliver titles to vehicles. Vroom has issued several temporary tags so customers can legally drive their cars while they wait for their permanent titles and plates.

However, there has been a change in Texas where Vroom is based. The company can now only issue one 60-day temporary tag to out-of-state customers.

While Vroom attributes the change to the Texas DMV, the DMV says Texas law has not changed. By law, authorized dealers in Texas can only issue one buyer’s tag per vehicle sold, and that tag is valid for up to 60 days. Dealers are also required to submit the title transaction within 30 days of the sale, or 45 days for a dealer financed sale.

If there is a delay in delivering a title from Vroom and it takes them longer than 60 days, customers will not be able to legally drive their vehicles until Vroom can deliver the title.

Vroom then sent us this statement:

“We are sorry to announce that the Texas Department of Motor Vehicles (DMV) has unexpectedly changed its temporary tag rules, without prior notice to the public. As a result, 30-day extended temporary tags are no longer available for customers whose vehicles reside outside of Texas. Vroom takes this issue very seriously and we are evaluating all options to assist customers affected by Texas DMV actions. In the meantime, Vroom has set up a helpline special to assist you if your Texas beacons have expired and your permanent plates have not arrived, call us at 855-478-6172 8:00 a.m. to 8:00 p.m. EST.

The new restrictions on issuing temporary tags result from a recent interpretation and policy change, which came in the DMV bulletin issued April 11, 2022. Until this change, dealers could obtain tags 30-day temporary for vehicles sold out-of-state as well as in-state. The April 11 bulletin changed the ability to request 30-day extended tags, which dealers cannot issue themselves, but must go to a government office to receive. Previously, all resellers, including Vroom, were authorized by the state to request and receive the 30-day tags. Out-of-state customers at all Texas dealerships, including Vroom, have been impacted by the change.”

Vroom is also being sued for deceptive marketing practices.

Many of the allegations in the Texas Attorney General’s trial echo what 5 On Your Side reported.

Since our last report on Vroom a month ago, we’ve had six more viewers contacting us, mostly with issues getting tags and titles.

“As we approached that date,” Joseph-Kouri told us, “we called them, contacted them as we were told, to get an extension on our label and we were given the number one ride. . Just different answers.”

This is a widely documented issue with Vroom and a new lawsuit from the Texas Attorney General explains why.

The company buys and sells vehicles so quickly Vroom often doesn’t have a clear title before they sell a vehicle and they don’t tell customers.

Vroom also advertises a rigorous inspection process, but in the lawsuit, a customer got her car and said she smelled a boat nearby. She took it to a mechanic who quickly identified the flood damage.

Vroom took the car back, but the customer said it was immediately re-listed on Vroom’s website without any flood damage disclaimer.

There are a bunch of similar complaints about unreported damage, missing features, and misleading funding practices.

“I mean, this company needs to change something.” said Joseph-Kouri.

She wants her title and registration, but she got it with Vroom and would gladly send her car back to them for a refund.

“You know, I don’t even want it anymore,” she said.

Vroom did not respond to our request for comment on the lawsuit.

Here is a link to the Texas Attorney General’s lawsuit against Vroom.