The current property at 2296 Lake Tahoe Boulevard is operated by Jim Bagan Toyota as a used car sales ground and was authorized by special permit in 1983 to lease vehicles in addition to sales, according to the agenda of the 3:00 p.m. meeting at City Hall. However, according to one of the conditions of the permit, the rentals have not taken place within the last year, which renders the permit null and void.

The Tahoe Valley Area Plan was adopted in July 2015, and the property is located within the Downtown Mixed-Use Corridor District of that plan, where automotive repair and maintenance is not a permitted use.

Jim Bagan Toyota has submitted an application for a Temporary Use Permit to allow rental again.

According to the agenda, under the Tahoe Regional Planning Agency’s Code of Ordinances, a temporary use permit may be granted for use not listed as permitted in a plan area declaration if it is reviewed for consistency with special use results.

The temporary permit is for six months and the city may approve a six-month extension.

The business would be open from 7:30 a.m. to 5:30 p.m. Monday through Friday with two employees on the largest shift and four in total.

The site can accommodate up to 30 vehicles and will continue to sell three to five used vehicles.

The commission will also receive a presentation of economic development priorities.

On April 1, 2020, City Council approved the formation of the Transformative Change Committee to lead a review of a long-term economic development and recovery strategy for the city. After discussions with the community, the committee developed the recommendations report which served as the basis for a five-year strategic plan. 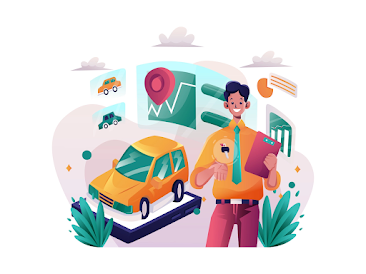