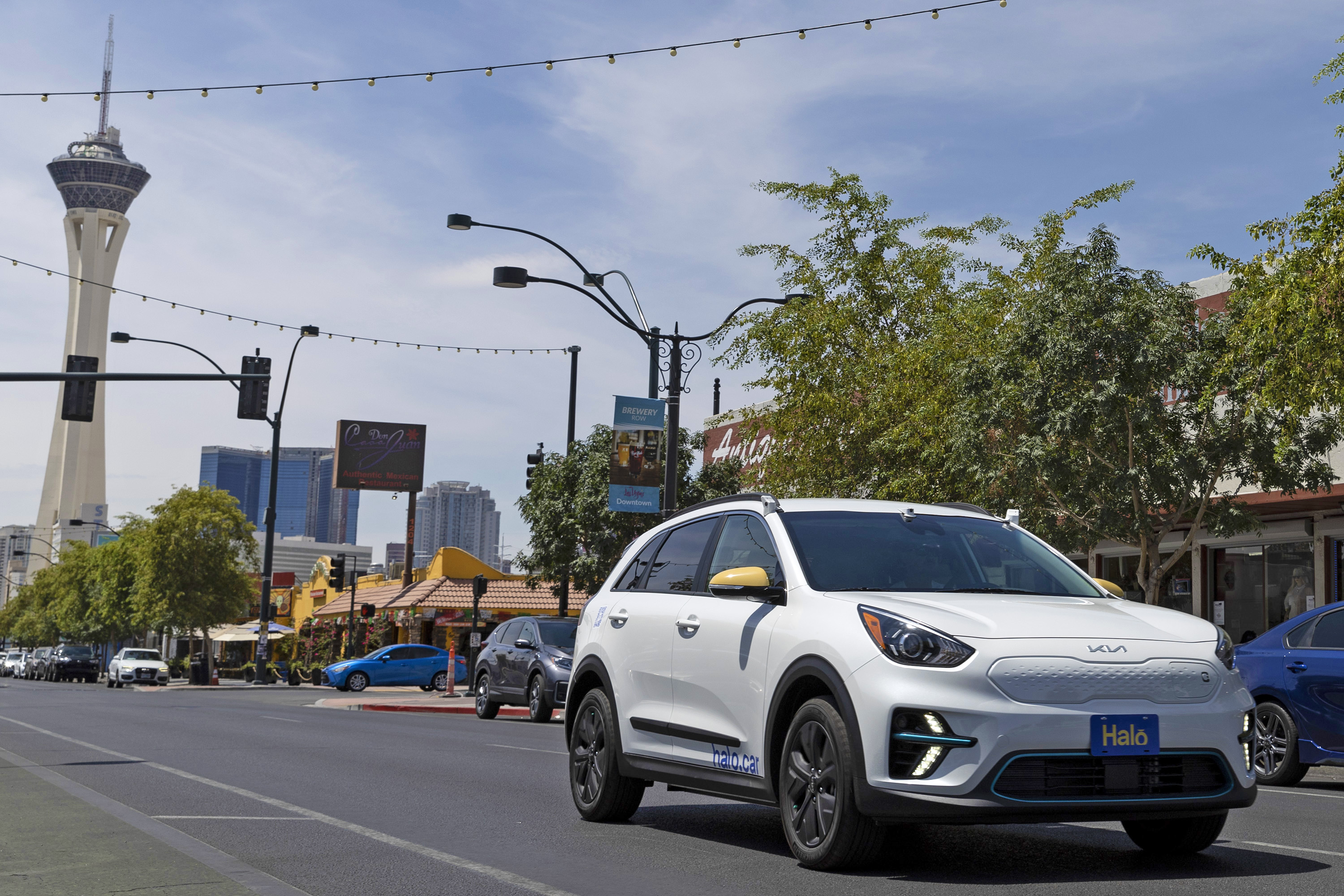 The service, which is temporarily free, is in the testing phase and only available in downtown Las Vegas. RC cars will also have a safety driver inside, in case something goes wrong.

The EVs are controlled by six cameras that stream video directly to remote drivers at Halo.Car’s office, and the drivers’ workspace resembles an arcade game with a steering wheel, pedals and large display screen. ‘computer.

Halo.Car founder and CEO Anand Nandakumar said the Halo.Car delivery service will only use electric vehicles and hopes to have a positive impact on the climate while making electric vehicles more accessible to the public.

“There is a big problem with electric cars today, which is the only way for consumers to access electric cars (is) through private car ownership, which often means you have to pay 40 $000,” Nandakumar said.

Halo.Car kicks off with three cars operating within a 1.25-mile zone in the Arts District, according to Nandakumar.

Remote car driver Antonella Siracusa-Rosa said it was easy for drivers to switch controls from car to car.

“Switching cars is like switching tabs on your computer,” Siracusa-Rosa said.

Siracusa-Rosa said she had been training to drive the cars for four months and had been driving on city streets for one month. She said the main challenge is navigating around unexpected events, such as when pedestrians don’t use a crosswalk or cars pull out of driveways or side streets.

“We are able to discern and make decisions in seconds, whereas we have to train the vehicle and the sensors on the vehicles to recognize millions of possible stimuli and then come up with a decision-making process,” Nambisan said, who also advised Halo.Car on technical issues.

He said companies using new technologies such as remote-controlled vehicles need to be patient in order to build consumer confidence and awareness. He also said that Halo.Car had to be careful not to go too fast in operations.

“All it takes is one accident to undermine the credibility of the organization,” Nambisan said.

Nandakumar said the company was being cautious with an initial operating area of ​​1.25 miles with low speed limits. He said the company won’t move forward if too many issues surface when it launches its beta test.

However, if the rollout goes smoothly this summer, Halo.Car will operate without safety drivers, expand operations and add up to 50 cars to its fleet by the end of the year, according to Cass Mao, director of the company’s strategy.

By next year, if things continue to improve for Halo.Car, there could be hundreds of cars in its Las Vegas fleet. It will also look to expand to cities such as Los Angeles, San Francisco, Seattle, Miami and New York.