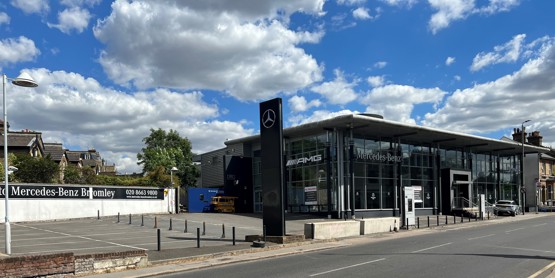 The London-based car dealership, which currently operates a Jaguar Land Rover Authorized Service Center and a used car operation in New Malden, took over the Suzuki franchise from Barnes about a year ago.

Now main dealer Andrew Joaman is hoping a new partner will “jump at the chance” to occupy the massive 30,000 square foot showroom on Wickham Road, Beckenham.

“It’s a large facility that will give us space for 60 to 70 used cars on the forecourt and provides a showroom that requires little modification other than signage,” Joaman said.

“We see this as a very good opportunity and hope that a new franchise partner will take the opportunity to be represented from the site.”

The West Motor Company team is currently assessing the needs of a former Mercedes-Benz specialist workshop after identifying potential to increase its servicing capacity.

Joaman is positive about the group’s ability to work with a new franchise partner about a year after completing the transition from Mitsubishi Motors in the UK to Suzuki in Barnes.

He said: “Suzuki is doing very well for us and we want to grow.

“The new site is important and there is clearly a desire to get started quickly, so we can do it with used cars initially, but the aim is to have a new franchise partner as soon as possible.”

The former Mercedes-Benz Retail Group dealership site in Bromley was closed as part of an initial consolidation of the OEM-owned car retail group’s network in June 2020.

He then sold his Epsom dealership to Sandown Motors

Mercedes has since reached an agreement to transfer its North London dealerships to ownership of leading AM100 car retail group, Sytner, after revealing plans to divest its UK car retail business. United.

News of the sale follows Mercedes’ announcement that it plans to cut up to 20% of its German franchise dealerships and 10% of its global network by 2025 as part of its move to a model of direct retail, agency.